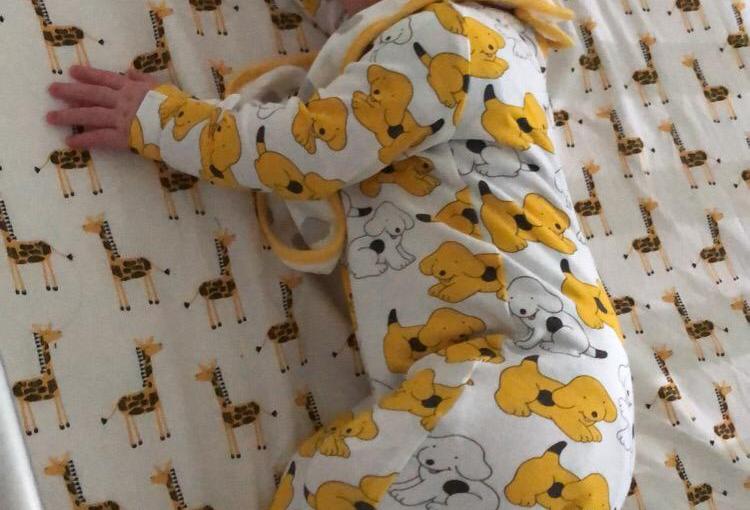 Rolling over, babbling, crawling and maybe even sitting up, what do all these things have in common? Well, for the average person not a lot, they’re just words, but if your life is full of the challenges associated with raising a new-born, these things are probably becoming commonplace. Ezra’s surprising us every day with each new trick he’s somehow learned, within this post I’m going to discuss what all new parents can expect when their baby starts to develop. So, grab a quick cuppa and put your feet up, we’ve got lots to cover.

I’m going to open this post by making it clear that there really isn’t any particular time frame for when you can expect your baby to start doing these things. The reason I’d like to highlight this point is because as new parents we can often put far too much pressure on ourselves when it comes to the rate at which our baby is developing. Relax and let your little munchkin lead the way, getting upset that your friends’ baby has started rolling over already and yours hasn’t leaves nothing but negativity. This is something I’d say both me and Chantelle suffered with at the beginning, of course as new parents it multiplied our worries as well, we only knew for certain what we read on the internet, and even that was inconsistent. Some websites will say your baby should be all singing and dancing at 6 months old, others will quote 4 months, all I’ll say is ignore all that and focus on what’s in front of you. Ezra is over 6 months old now, he can roll over, partially crawl and babbles to anyone that’ll listen, but he can’t sit up yet, am I worried? Absolutely not. He’ll get there in his own time and the important thing is that he’s trying, his attempts at sitting up currently result in a few giggles, a little chat and then a paddy when he realises, he’s not quite ready yet. I can’t help but feel proud to be completely honest, for the past two weeks he’s tried to sit up and each time he gets closer than the last, it won’t be long before he raises himself up all on his own.

It can be quite frightening seeing our new-borns suddenly roll over or come out with a new, strange sound for the first time. I remember thinking ‘is he meant to do that?’ when Ezra first rolled over, it seems silly now but you’ve got to remember that most new parents haven’t got vast amounts of experience to fall back on, each new thing can be pretty daunting. I’ll give you an example, Ezra no longer wants to sleep on his back, proffering to settle instead on his side, this is fine until he decides to roll onto his front during the night. I’ve lost count of how many times we’ve woken in a panic and moved Ezra back onto his back, he’s persistent though and in the end, we spoke to our health visitor because like all parents, not just new parents, we became worried. We soon found our worries quashed however, as the health visitor pointed out, Ezra can roll himself over comfortably now, it’s natural that he’ll do it in his sleep, and as easy as that our panic was over, crazy eh?

I think it can sometimes be hard to imagine our beautiful little new-borns being anything other than new-borns, we get used to them needing us for everything, so when they suddenly sit up by themselves it feels strange, we don’t always know how to react. The problem as well is more often than not they’ll try learning all these new things all at once, one day they’re relying on you to lift them up and feed them, the next they’re pulling the bottle out of your hands and sat up using nothing but their own devices. I’m learning to embrace it, like I said earlier, my first port of call was always to worry, that’s natural right? I’m a new dad and learning on the job, when something changes, I always assumed it’s for the negative but in reality, it’s all positive, while I learn how to be a dad, Ezra’s learning anything and everything he can. Enjoy it while you can is what I’ve been told, before we know it our little new-borns will be walking, talking, eating machines and we’ll need eyes in the back of our head.

Occasionally, learning all this new stuff can result in our little ones brains becoming overactive, and you may experience sleep regression. This is quite common I’m told and is definitely something Ezra has suffered with; his sleep has been sporadic to say the least. It’s not really that surprising when you think about it though, when his brain is constantly whirring with all the cool things he’s learning, sleep can become a difficult business. Try looking at it as a positive thing however, it shows that your baby is learning and developing, even if it means long nights for us. I’m going to finish this post by stating the obvious, being a parent is hard, especially a new parent, but the things we’re struggling with will always get easier. Lets enjoy this new-born period now because it will only come around once, make the most of every new thing they learn, capture each moment and treasure it.

Thanks as always for taking the time to read through my post everyone, I hope you found it useful and I look forward to writing the next. Please feel free to leave a comment and like the post, see you all real soon.